Directional and informational signage for pax:

So, recently, I have been playing a lot of this new game called StationFlow, and it is about getting passengers tru a subway station mostly with signage. Pax can get lost without it, as they have a FOV only so large. I think this would be a great addition to the game, especially for the late game.

Ya know. Signs. We see them almost everywhere, on the road, in the station, even on tech in some fashion. Since this is a top-down game, Signs would be almost invisible, but pretty obvious. There should be Small, Medium, and Large signs, each with a capacity for 4, 6, and 10 max directions given on each sign. You can customize the direction arrow for each direction given as well, and signs can be made double-sided, with the same amount of directions givable on the other side.

General things like Restrooms, Stores, Restaurants, Exits, Security, Ticketing, and Baggage claim could be specified, as well as mabey for Terminal 1-10/Terminal A-Z. (this would be harder, however, as you would have to either set up a way for certain gates to be a “Terminal” together or to zone a terminal) As well as more specific things, like airline lounges, Gates (Gates would only take up one slot if together, IE. Gates A1-A12, encouraging you to name your gates, or make a system to specify terminal and gate like how Sim Airport Dose it.)

This would be especially interesting in the late game, as you would have to fine-tune your signage to make the most efficient airport possible. Hold on, did not know Tab instantly submits a post.

I think overhead signs won’t be able to be seen by players due to game’s 2D top down view perspective. But maybe ground surface signage on pavement or foundation can be created.

its not paper thin, and it could be made a bit thicker.

Could be. But would it be worth for effort? I mean I question that even players would use their time to create signage and place them around airport for something that barely be seen.

You can take a look at “information screens” object. Its screen is barely visible.

It would only be necessary in larger airports, the point is not for the words on the sign to be visible, similar to the info screen, its point is to direct pax tru the airport, adding a challenge for larger airports, and putting less of a strain on pathfinding, as pax will know where they want to go, not exactly how to get there. You could have them take longer routes, or follow paths, instead of tru seating areas, a grievance of many players of this game.

But maybe ground surface signage on pavement or foundation can be created.

This!
I would be so helpful to e.g. see the number of the stands on the ground.

There is already a suggestion for that. Don’t forget to give a vote

Feature request title: Runway, Taxiway and Stand markings Description: Every airport in the world has stand and taxiway markings all around their airports directing planes about where to go and what routes to take around their airport. These could all be auto generated with manual override based upon how the player lays down taxi ways and from the renaming of Stands we can already do. Why it should be implemented: This could be an air to better ground operations and to help with the ATC tow…

This would be a great feature for the alpha 35 I think. 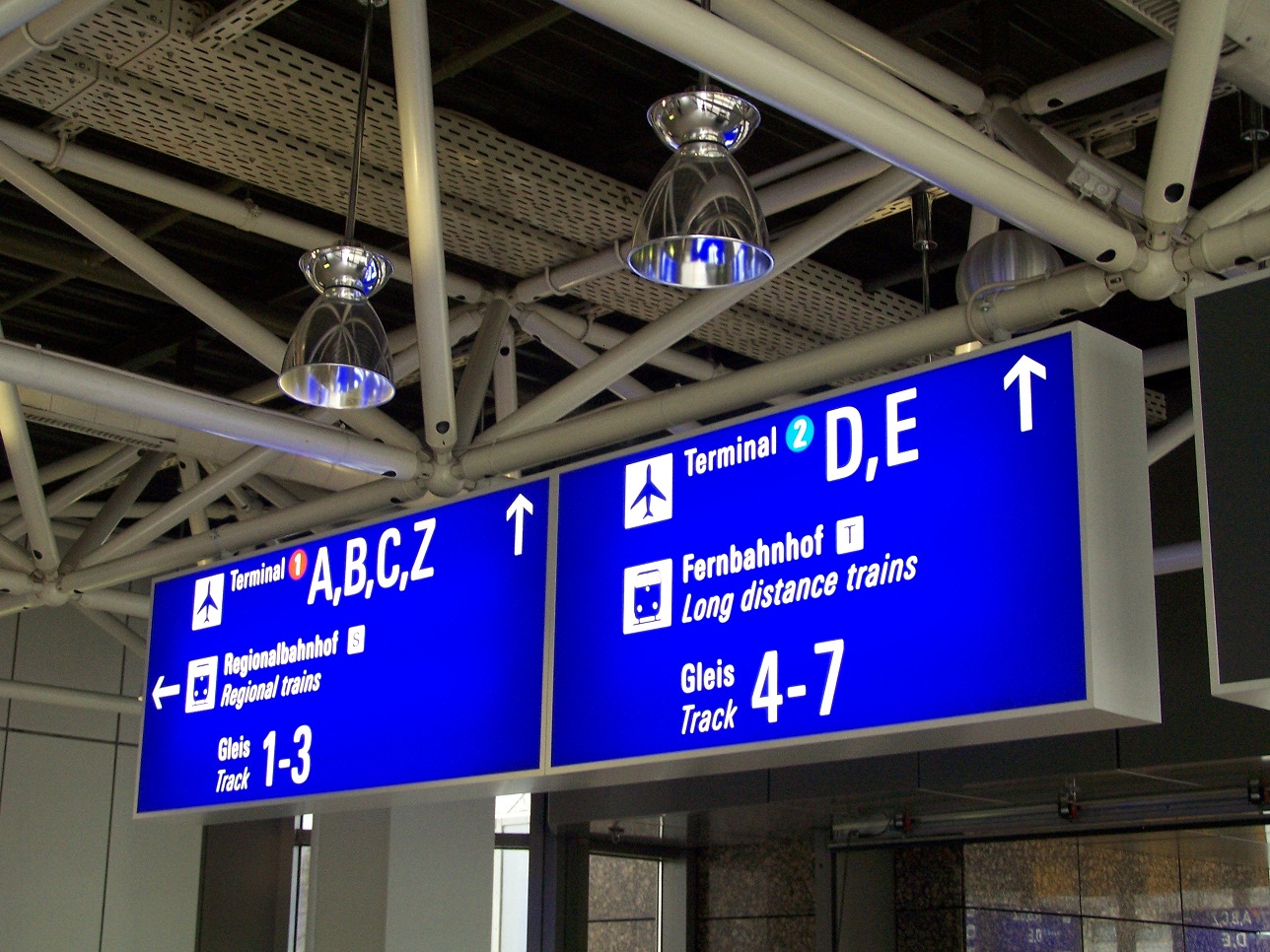 In case some hallway is blocked, the screens can display another way. (This should be considered in the incident update)

I would be all for it if this would help solving pathfinding problems, but I’m afraid it does not and is only cosmetic…

To add on to this, a game that does this pretty well is StationFlow, if you want to get a general idea of what I’m on about check it out!

I feel like signage is such an integral part of our lives, even if we don’t realize it. this would be a great way to distinguish ACEO from other games coming and already arrived.

I’ve often wondered if this might help reduce path-finding requests. For example, pax come in door and can only access line of sight. So way-winding within line of sight. And they point to other wayfinding - so coded with information pax needs to find next sign etc until reach destination (gate, bathroom, shop, etc).